Financial Regulation – Cheering on the Battle of Micro and Macro 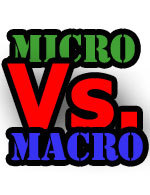 As any first-year econ student will tell you, there are two disciplines in economics — microeconomics and macroeconomics. And they do not like each other. As the U.S. Congress prepares to drop the hammer on the financial services industry, let’s consider the forces that are butting heads and why it is only now that they’ve decided to do so.

Microeconomics is the area that business students gravitate towards. Profit maximization is the mantra, with marginal costs and fixed costs optimized to make businesses as much money as possible. Microeconomics looks at the world through the eyes of the CEO, who looks to do what’s best for his company — make more money and deliver value.

Macroeconomics, on the other hand, attracts all the policy wonks. The goal is to achieve market equilibrium, in which the greatest number of goods and services can be exchanged by buyer and seller at mutually agreeable prices. Competition between businesses is good. Monopolies and oligarchies are bad. Macroeconomics looks at the world through the eyes of the government, who wants to keep everyone happy — or at least equally unhappy.

It is clear that these two perspectives are going to draw swords against each other quite often. Although most people agree that efficient markets are good for everyone, the steps that government must take to get there often run counter to the microeconomic interests of business.

Sometimes a merger must be blocked to foster competition. Sometimes disclosures must be legislated so that buyers and sellers can make informed decisions. And sometimes certain activities must be regulated or prohibited so that some are not financially harmed by others.

As the recent financial crisis has shown, though, calling off the regulatory fight can lead to market bubbles and financial ruin for all. So who dropped the ball in this fight? Who waved the white flag?

Although everyone had an incentive to turn a blind eye to the housing bubble that grew over the past decade (or longer), it is the macroeconomists who are left with the most egg on their faces. The Federal Reserve and other government regulators have a mandate to keep an eye out for market bubbles and recommend measures or regulations to prevent them from harming the economy.

Sure, it can be difficult to turn to businesses and consumers alike and say, “No, you can’t keep making mortgages to people with no income and no job and then sell them to someone else. “ No body wanted to rain on the real estate parade. People were buying bigger houses, and businesses were making more money. But government has to play the role of the responsible parent and tell the kids that they can’t play in the street.

The counter argument (and now excuse) that government — in the voice of Alan Greenspan — has made for its inaction in responding to bubbles in the mortgage and derivatives markets is that people are smart enough to know better. In essence, if there are bubbles or other problems in the market, sooner or later people will begin to wise up and the market will correct itself.

Unfortunately, this was not quite how the market played out. Sure, the mortgage brokers wised up. But they didn’t have to change their behavior because they just sold mortgages to the secondary market and no longer had any skin in the game.

The banks that bought these mortgages also eventually wised up, but instead of blowing the whistle on the housing bubble, they purchased credit default swaps to protect themselves (or so they thought) from defaults in the mortgage market.

AIG one of the major sellers of these credit default swaps didn’t have a chance to wise up. By the time they realized their liabilities in the web of the derivatives and secondary mortgage markets, it was too late, and the dominos of the housing collapse had already reached them.

And what about consumers? It was consumers’ realization that they had reached the maximum possible level of debt that precipitated the collapse of the housing market and the financial system.

The efficient markets model that so many economists, theorists, investors and Federal Reserve Chairmen have placed their bets on hinges on the assumption that everyone has good information on the market. In this case, though, most people knew the housing market had been inflated for years.

What only a few people understood, though, was that the risks in the complex web of collateralized debt obligations and credit default swaps that had been built atop the housing market could not be insured or hedged against.

In short, when markets are really complicated, they cannot quickly correct themselves, so bubbles are more likely to develop. Macroeconomists have taken the opposite approach though. Complicated markets are so sophisticated that they must be less likely to develop bubbles — the logic goes — so there is less need for regulation.

Now that the bubbles have burst so spectacularly, it is likely that government will over-regulate the financial services industry to compensate. So the pendulum swings. In any case, micro and macro-economic interests will once again be at each other’s throats in the battle or regulation. For the next few years, the financial markets will be safe from bubbles — until we get complacent again.