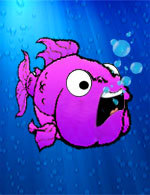 Back to Authors | Previous Page

Carl Smith, aka the Soap Box Fish, is known for his outspoken opinions on financial and economic topics, but don't box him into one political outlook. Smith has been known to address issues from seemingly opposing perspectives — sometimes in the same article. Read Smith if you want to have your buttons pushed.

The U.S. Budget: From Surplus to Deficit and Back?

The Truth about the Community Reinvestment Act

Financial Regulation – Cheering on the Battle of Micro and Macro