The Truth about the Community Reinvestment Act 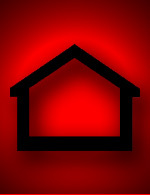 Following the housing crisis and the 2008 financial collapse, there has been a lot of finger-pointing regarding the culprits of the mess. One such scapegoat has been the Community Reinvestment Act. Most people, however, have no idea what this act is, why it was enacted and how it works. Before we pass judgment on its culpability in the financial meltdown, let’s examine the act.

The Community Reinvestment Act, or CRA, was passed on October 12, 1977 by the United States Congress and signed into law by Jimmy Carter under national pressure to address the deteriorating conditions of U.S. cities. Low-income and minority neighborhoods faced severe shortages of available credit.

It was argued that financial institutions were “redlining” certain neighborhoods, making it hard for qualified borrowers from those neighborhoods to receive credit. Redlining is an illegal practice in which a lending institution refuses to extend credit to anyone living in a particular area because that area is considered to be too risky.

The CRA was enacted to make sure that all parts of a community received credit, regardless of the wealth of a neighborhood. The act emphasizes, though, that it does not require institutions to make high-risk loans that may be more risky to the institution.

The act is enforced by taking an institution's CRA compliance record into account when the institution seeks to expand its operations through a merger, acquisition or by further branching. The act does not have any other penalties for non-compliance with the CRA, so its only teeth is in controlling an institution’s expansion.

The CRA has gone through several revisions making the process for CRA compliance more streamlined for banks and financial institutions and CRA information more transparent and accessible for communities.

The massive merger activity that went on during the 1990s and 2000s in the financial industry made it important for banks to pay close attention to their CRA scores and prove to regulators that they extend credit to all neighborhoods in the communities that they serve. Otherwise, their mergers and expansion could get held up. As a result, the availability of credit in low-income communities has greatly improved.

Critics of the CRA, however, have recently pounced on the idea that it was responsible for encouraging the lax lending standards that fueled the real estate bubble that precipitated the financial meltdown. Lending institutions, critics argued, were forced to lend to high-risk individuals, so they had to lower their underwriting standards.

Although the Community Reinvestment Act clearly states that it does not require institutions to make high-risk loans, government agencies looked into the issue to see if the CRA had contributed in some way to the housing bubble.

This study demonstrates that the CRA was not pushing banks to make high-priced mortgage loans to low-income individuals in CRA areas. In fact, it seems to have the opposite affect, given the relative share of mortgage lending to such groups. But these figures do not necessarily prove that that lending standards were not lowered.

In another report done by the Federal Reserve Bank of San Francisco entitled "CRA Lending During the Subprime Meltdown," the bank examined mortgage lending in California from 2004 to 2006 — one of the major housing bubble regions just before the peak of the bubble. The study found that a mortgage made by a CRA-regulated institution was less likely to go into default than a mortgage made by a non-CRA-regulated instution such as an independent mortgage company by a ratio of 0.7 to 1.

Although critics have offered some well-reasoned hypotheses as to how the CRA might have contributed to the sub-prime crisis, these studies as well as others have clearly disproved them. Government regulation of the mortgage industry (or lack thereof) was certainly a contributing factor to the housing bubble and the financial crisis, but critics will have to look beyond the Community Reinvestment Act to find the smoking gun.