Derivatives – Hedging and Betting in the Finance World 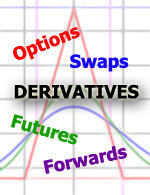 Many people have been hearing the term derivatives over and over because of their role in the 2008 financial crisis. Some have called derivatives the ‘nuclear weapons’ of the financial world. Indeed, derivatives are far more complicated financial instruments than stocks or bonds, but the danger they pose to the investor — or the greater economy — ultimately depends on whether they are used to hedge or to bet.

So what exactly is a derivative? The technical definition of a derivative is an instrument that derives its value from another asset. This definition may not clarify anything without taking a look at an example.

When parties use derivatives as a hedge, they usually have some business risk or exposure to the value of the underlying asset of the derivative (in our example, the corn). In a hedge, a derivative works like insurance and protects the parties from losses.

In fact, insurance in general can be considered to be a derivative. The value of having health insurance, for example, increases as your health deteriorates and decreases if you remain healthy. That is, its value fluctuates with the value of an underlying asset — your health!

When used as a hedging instrument, derivatives act like insurance, but when derivatives are used to speculate they work like placing bets. To illustrate, let’s look at corn futures again.

Let’s say that a speculator believes that the price of corn is going to fall over the next several months. He doesn’t do any business that involves corn, so he can’t directly benefit from this hunch.

Instead, the speculator can place a bet in the futures market. He can buy a contract to sell corn at a future date for the current price. If the price of corn does indeed fall, he can purchase corn at the lower market price on the day of the contract settlement and then immediately sell it at the higher price in the contract making a profit.

In reality, the speculator would simply sell the contract on the open market after it has appreciated to avoid the transaction costs of buying and selling the corn directly.

But what happens to the speculator if he is wrong? What if there is a major disease that wipes out half of the corn yield for the season and the price of corn skyrockets? This is where a derivative goes nuclear.

In this case, a futures contract is nothing like a stock or a bond where you can only lose the amount of money you invested. The speculator is now on the hook for delivering the corn at the agreed upon price no matter how much it might cost him to get the corn. In theory, his potential losses could be limitless.

Using derivatives to speculate has the exact opposite effect of using them as a hedge. Rather than reducing an existing risk, a derivatives speculator is assuming a risk that he didn’t have in the first place because he has no exposure to the underlying market.

There are many types of derivatives — options, futures, forwards, swaps — all of which have unique and sometimes complicated ways of shifting risks. But it is important to remember that they are not direct investments — they are either hedges or bets.

Derivatives can be used prudently as a hedge that reduces the risk of doing business in certain markets, or they can be used speculatively to take risks in markets where speculators have no direct exposure. Ironically, the players in the derivatives market are two very different types of people — those who buy insurance and those who frequent casinos.

If you find this information useful, please help us by sharing it with others.